Are the AirPods 2 worth the money?

Hands-free access to Siri is nice, but an actual in-ear design would be even nicer.

Whether you call them the AirPods 2 or the new AirPods, Apple’s update to its meme-targeted true wireless earbuds look nearly identical to the original model, save for the centered LED on the optional wireless charging case. Even though the AirPods 2 exterior looks the same, there are changes under the ‘pods that improve performance. Let’s figure out if the AirPods 2 update is worth your money.

Editor’s note: This article was updated on November 21, 2020, to mention some alternatives.

What’s the difference between the AirPods 2 and the old AirPods?

There are a couple of notable changes between the generations: the updated earbuds may be bundled with a wireless charging case, rather than the standard option; whereas if you have the first-gen model, your only option is to purchase the case separately for $79. More notable is how the AirPods 2 use the H1 chip rather than W1 chip. This improves battery life, reduces latency, and enables Siri integration.

Why should you get the AirPods 2? Aesthetically, the AirPods 2 are identical to the original earbuds but feature improved battery life, connectivity, and hands-free Siri access.

If you’re an iPhone user, Siri integration is a big deal. It shows that the company is continuously developing its virtual assistant and seeking to provide consumers with practical features, albeit slower than the competition. Generally speaking, we consumers are comforted when a company is in it for the long haul. It doesn’t seem Apple’s slowing down in the wireless audio market, especially seeing how the true wireless Beats Powerbeats Pro just made a splash.

Additionally the H1 chip, while not revolutionary, markedly improves battery life. Instead of 3.45 hours of playback on a single charge, the AirPods 2 afford listeners with a 4.175-hour battery life. While this may not seem noteworthy, it’s a 21 percent increase—significant by any scientific standard. What’s more, the AirPods 2 use Bluetooth 5, still support AAC, and afford 50 percent more talk time than the previous model. While AAC plays nicely with iOS devices, it’s still one of the most demanding codecs for Android to process. AAC isn’t to blame for its underperformance on Android devices, though; rather it’s how the algorithms prioritize the AAC encoding process.

Microphone quality stands out from the rest of the pack as Apple’s microphone array relays clear audio with minimal echo. If you have an unusually low voice like our executive editor, you may sound a bit less clear than the average female or higher-pitched male voice does.

Chances are if you have one Apple device, you have multiple Apple devices. If that’s the case, you understand the conveniences afforded by being vested in a cohesive ecosystem. In which case, the AirPods 2 are probably the next earbuds you’ll purchase no matter what. For many consumers, iPhone users in particular, this makes the most sense and requires the least effort. That’s said not in a disparaging way, rather in a matter of fact one.

Apple has solidified its name by creating a vast ecosystem of products that work seamlessly with each other. This is enticing for users prioritize ease-of-use above all else.

Apple knows how to manufacture reliable, stable products and if you don’t have the time or desire to explore beyond the Apple ecosystem, then the AirPods 2 are the most appropriate pick. For others, however, there are many reasons to look for AirPods alternatives.

Related: Don’t use AirPods with Android

Why you should avoid the AirPods 2

The new AirPods still don’t seal to the ear, making it difficult to move around with them in—let alone exercise with them.

As with everything, there are two sides to the AirPods 2 coin. Although the old to new improvements are appreciated, some may view them as marginal at best. What’s more, Apple didn’t fix one of the main issues plaguing the AirPods: fit.

The fit is still bad and so is the sound quality 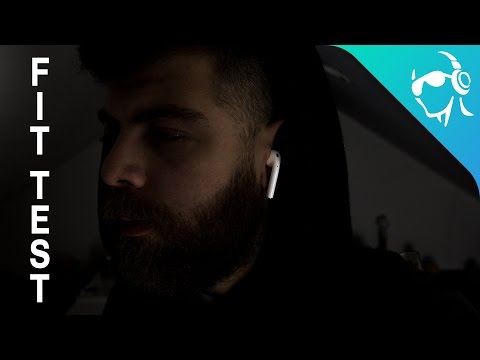 Keeping the identical dimensions of the old AirPods is a double-edged sword. It’s beneficial to original AirPods owners because they can buy the wireless charging case without having to purchase the more expensive AirPods 2 bundle altogether. However, the drawback is that the fit remains unchanged. Adam found it difficult to keep AirPods in his ears during testing, and this holds true with the iterative model.

Wireless earbuds are only as good as their connectivity and fit. Although Apple hits the nail on the head when it comes to reliable connectivity, it completely misses the mark with the fit. Earbuds that don’t stay in place are useless no matter how good they sound or how cutting edge they are. Also, it isn’t just a comfort issue. A poor fit yields poor audio quality. Chris wrote up an in-depth piece on the effect a proper seal has on audio quality. If you’re crunched for time, though, all you need to know is that if your earbuds don’t create a proper seal at the ear canals, external noise can mask your audio. This means you perceive your music as quieter and less clear than it is. Oftentimes when this happens, we’re compelled to increase the volume to potentially hazardous levels. The difference is undeniable when comparing the isolation charts above. The AirPods’ lack of seal makes them useless when it comes to blocking out background noise. The 1More Stylish, on the other hand, feature oblique angled nozzles that insert into the ear and do a great job at hushing background noise.

This is why Apple boosts the bass so much with the AirPods 2 frequency response: to compensate for auditory masking. If and when Apple makes AirPods with distinguishable nozzles, then the whole fit debacle will be a non-issue. Until then, it’s a major drawback of the true wireless earbuds.

Apple The AirPower charging made was never made available but the AirPods 2 include wireless charging that works with Qi-compatible mats.

Apple fans anticipated the release of AirPower—a proprietary wireless charging solution for the AirPods, Apple Watch, and iPhone—but that was nipped in the bud even before hitting the shelves. Prior to its cancellation, AirPower stumbled along with 18 months of delays. In an attempt to save face, the Cupertino-based company continued full steam ahead by releasing the AirPods 2 with an optional wireless charging case. In order to use the wireless charging capabilities, you need a Qi-certified charging mat.

The hullabaloo surrounding AirPower’s cancellation is cause for concern. After all, this isn’t the first time Apple struggled through major delays. The original AirPods were delayed and quantities were limited, stifling availability. While Apple cites technological difficulties preventing the release of AirPower, we know it’s possible. Apple’s direct rival, Samsung, released the Wireless Charger Duo last year, and it supports two phones or a phone and Galaxy Watch simultaneously. What gives, Apple? 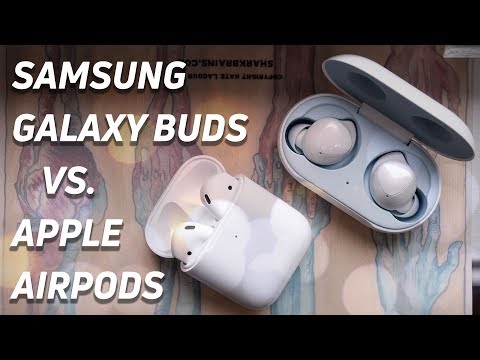 Now, you may be thinking, “Wasn’t battery life mentioned as a positive?” Well, technically, the improvement in battery performance was praised, not the actual battery life. Standalone playback time falls short of what we’re seeing for true wireless earbuds in 2019. For one, the Samsung Galaxy Buds eviscerate the competition with their 6.53-hour playback time, nearly doubling that of the AirPods 2.

Another concern potential buys have regarding the AirPods is battery life longevity. Seeing as these are tiny, tiny, tiny cells occupying each earbud, they require near constant charging to stay operable. This perpetual cycling of the battery decreases longevity. What’s more, since the cells and earbud housings are so small, replacing the batteries is a virtually impossible task. Doing so runs the risk of damaging internal components.

Battery life is improved from the first AirPods but isn't as good as the competition.

Once the batteries die for good, you’ll have to purchase another pair of AirPods. This means you’ll likely have to spend another $200, which makes a strong case for wireless headphones or wired listening altogether.

With word of another iterative AirPods update coming down the pipes by the end of this year coupled with a potential overhaul hitting the market at the beginning of 2020, Apple fans have every right to interrogate the brand’s intentions. Although the rumors have yet to be confirmed, many put stock into TF Industries analyst Ming-Chi Kuo’s speculations.

If both predictions come to fruition, AirPods 2 buyers may feel shortchanged by the rapid update. If you’re a consumer who wants to feel you’re buying into a company that respects both its product and its customers, even the whisper of said nominal updates may rub you the wrong way.

The Creative Outlier Air costs just over half of what the AirPods 2 bundle costs and provides more powerful bass, IPX5 certification, and 7.78 hours of playback.

What’s more, the AirPods 2 earbuds are expensive for what you get. Sure, the shiny white stems serve as a status symbol—whether that’s positive or negative depends on your perspective—but objectively, the new AirPods aren’t a great, or even a good, value. The more affordable Creative Outlier Air or Samsung Galaxy Buds both provide a better fit and sound quality with similar functionality.

As it stands, the AirPods 2 bundle serves as a classic example of what Apple is as a company: an old dog performing old tricks. Except in typical Apple fashion, it includes a significantly higher asking price than the competition.

You should save up for the Apple AirPods Pro

If you don’t want to spend as much money or simply don’t want to buy an Apple product, you should look into AirPods alternatives and AirPods Pro alternatives. For a budget alternative, consider the Anker Soundcore Liberty Air 2. It has great isolation and mic quality along with an EQ-able sound signature. If you have a Samsung phone, check out the Samsung Galaxy Buds Plus. It has great sound quality, great battery life, and Spotify integration. If you have a non-Samsung Android phone, go with the Google Pixel Buds. They auto-pair to any Android phone with the same ease as the AirPods to an iPhone.

What we want to see from AirPods 3